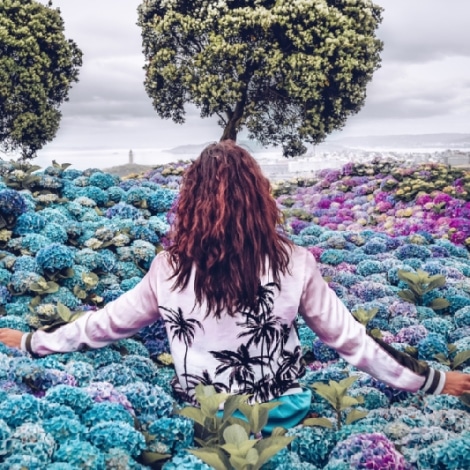 In the previous post, How To Use Universal Laws To Create Your Perfect Life, we focussed on the first six Universal Laws and the steps you can take to work with them to create a beautiful and fulfilled life. Well, there are six more Laws of the Universe that will help you along the way.

It is important to understand that these ‘Laws’ are simply divisions of the one immutable, unarguable Law of Divine Oneness. You will often read that there are seven laws, or eighteen laws or even twenty-one. These divisions and labels are simply a human way to explain how the spiritual universe works.

The Universal Laws we are examining today are: 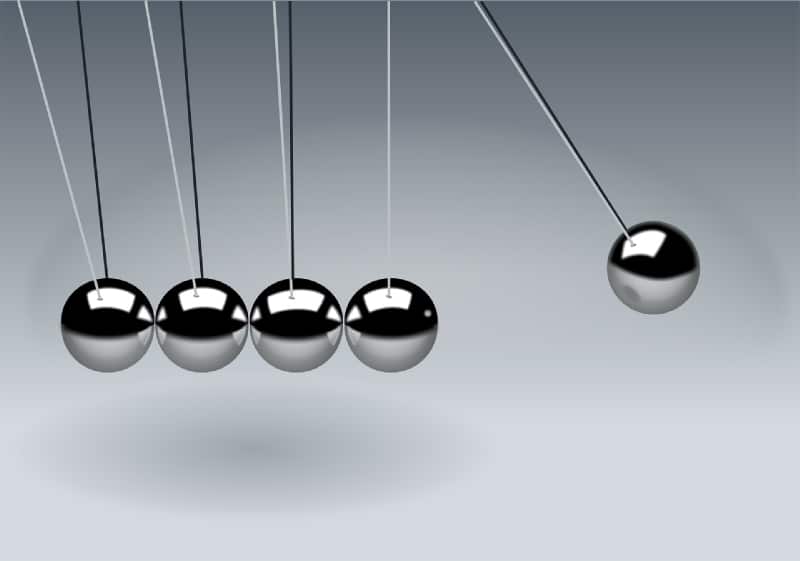 The Universal  Law of Cause and Effect

You will be familiar with Newton’s Third Law from your science class at school: “For every action, there is an equal and opposite reaction.” Well, it’s the same in the quantum realm of universal energy. Every thought you think sends out a wave of vibrational energy, starting right within your own body. You witness this in action all the time. People who think of poverty and lack, live a life of poverty and lack. People who see themselves as incapable, will life a life of incapacity. It’s the same with emotions; after all thoughts and emotions are inextricably linked.

Therefore, you do yourself no favors when you wallow in negative thoughts and emotions. You can’t create a perfect life if you are always feeling stressed or rushed. In the same way, your words and deeds are also impressed upon universal energy. If you carry out a task with a feeling of resentment, the universe responds accordingly. If you help someone in a spirit of generosity and love, again, the universe responds accordingly. The Law of Cause and effect is inevitably connected to the following law…

The Universal Law of Compensation 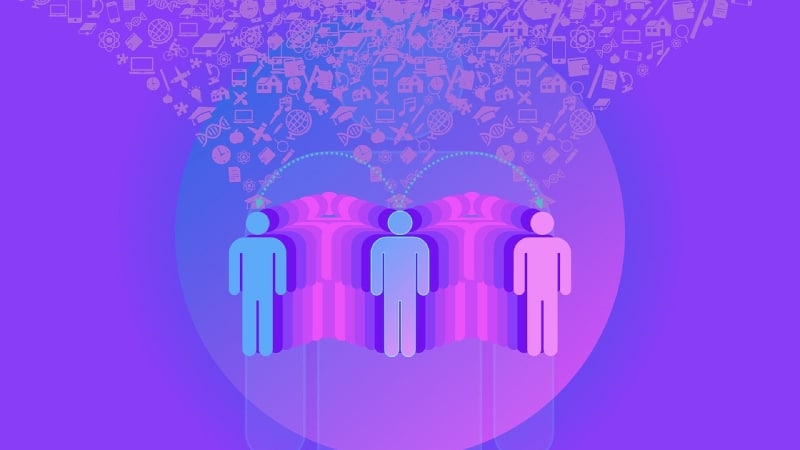 The Universal Law of Relativity

The Law of Relativity (not to be confused with Einstein’s Theory of Relativity) could also be named, ‘the law of comparison’. Until one thing is compared to another it can’t be assessed, judged, or measured. It’s about the relationship of something to something else. The Law of Relativity acts as a force of spiritual resistance. In physical life, it would be called a challenge. For example, a child runs alone along a 100 yard track. We just see a child running. Yet if the child is running alongside nine other children, we are able to judge his or her performance. Should the child come second, or last in the race, then that is a challenge for him or her to do better. In the same way, we are spiritually forced to grow and evolve. If we are never challenged, we would simply drift along. We’d never accomplish anything. We would never improve our understanding. We wouldn’t bother doing anything. And we'd certainly never have world-class athletes.

Problems, obstacles, lack, illness, relationships, all help to challenge our perspective by letting us compare what is with what we’d prefer. Thus we change and mature. We learn to open our hearts; we learn it’s okay to admit defeat, or to ask for help. All this pushes us towards the higher realms of consciousness and spiritual attainment. The Universal Law of Relativity helps us to know our true selves.

The Universal Law of Polarity

The Law of Polarity could be described as ‘opposites’. Day and night, good and evil. However, it’s really important to understand that these polarities are the same thing, they are not different but contrasting. Light and dark are simply  at different frequencies on the vibrational scale. Similarly, good and bad. What the Law of Polarity helps you with is understanding where on that vibrational scale you are focusing your attention.

Your emotions are really important indicators of the Law of Polarity. This brings us right back to the emotional guidance scale. It is impossible to change your emotional frequency from regret to joy in one movement or thought. The Universal Law of Polarity simply won’t allow that to happen. It has to be done in increments. Of course you can skip stages; you could easily move from hopeful and optimistic to passionate and inspired. And, like the chutes in Chutes and Ladders, you could slip down the scale pretty quickly. However, the key point to understand about the Law of Polarity is that you can control the balance. You are able to recognize when you are feeling less-than-good, and take steps to rectify it. You can sense when you are slipping down the scale, and do something about it. You can also see when you are improving, and knowing that helps you to feel even better.

The Universal Law of Rhythm

Also known as ‘ebb and flow’, the Law of Rhythm is manifested on the back of the Law of Polarity. In the natural world, every time something swings too far in one direction, it’s balanced out by a swing in the opposite direction. Think of changes in the season, tidal current, moon cycles. Even the financial markets work on this principle.

We can also relate this to the Law of Cause and Effect, and indeed all the other universals laws. Before this current era of ‘artificial life’, humans were extremely attuned to the natural cycles of the universe and used them as guidance for their lives. These same rhythms occur in the ebb and flow of unseen energy and you have probably felt it in your own body and emotional balance. Begin to pay more attention to the ‘rhythms of life’ and learn when to direct the swing yourself and when to go with the flow. 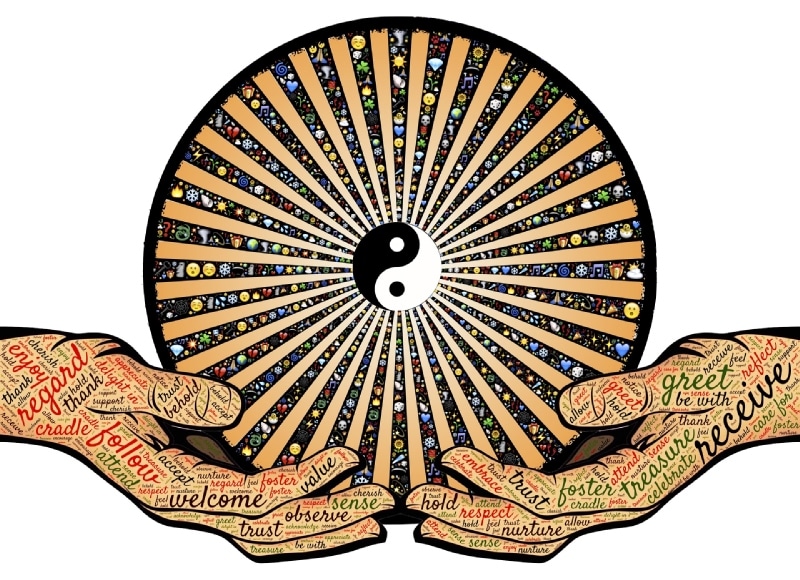 The Universal Law of Gender

This is another manifestation of the Law of Polarity. It’s important to understand that, in this context, gender does not just mean sex, although sex is is part of the Universal Law of Gender. What it means is that there is a Divine Feminine and Divine Masculine throughout the Universe. Without these two ‘polarities’ there would be no creation.

Simplistically, you could think of a piece of paper as feminine, and the artist who wields the brush as masculine. You need both a support (paper, canvas, etc.) and an agent of change (artist with a brush, pen, etc.) to create a work of art.

Other, and often erroneous ways, of describing the Universal Law of Gender are ‘passive and active’, or ‘negative and positive’. It’s time we thought up better words for the Law of Gender.

You can’t really work with this law apart from understanding a little how it works. You can’t change anything about it – it just is. Humans have always been able to discern that this Divine principle is in everything. Some languages assign gender to certain words. In French, dog is always masculine and cat is feminine. We see nature as feminine, and the Moon as feminine, and the Sun is masculine. Atoms are made up of masculine and feminine components – it’s what holds them together to form an overall neutral structure. Gender in the broader, over-arching sense is the glue that holds the whole Universe together in Divine Oneness.

So that’s the last six of the twelve Universal Laws. In order to create your ideal life, you can leverage them thus:

By the way, all this energy we've been talking about? It's just another word for LOVE.

Overview: The 12 Spiritual Laws of the Universe