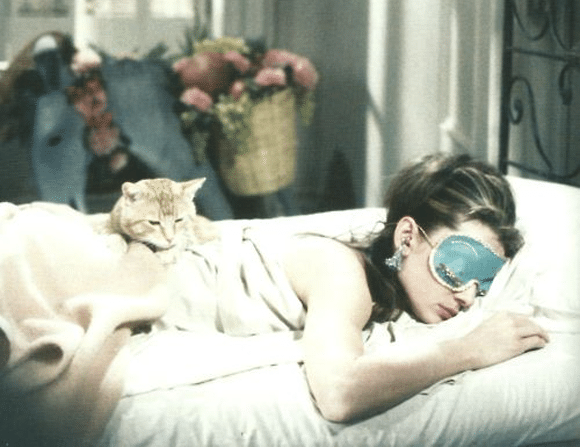 "I believe in the future resolution of these two states, dream and reality, which are seemingly so contradictory, into a kind of absolute reality." – Andre Breton

What are dreams?
There is still a lot of mystery behind the origin of dreams. Sometimes dreams can materialize our worst fears or mundane repeats of life events. Other times the sleep realm's profound depth is more obvious. Dreams are often used for waking life purposes due to their imagery, meaning, and impact on the dreamer. It makes sense many creative pieces are rooted from the dream realm. Works such as Frankenstein, The Strange Case of Dr. Jekyll and Mr. Hyde, the Beatles song "Yesterday" and even The Terminator were all inspired by the conjured imaginings of sleep. However, dreams can also be used to tap into what Carl Jung has coined the collective unconscious. Being open to this can bring great truth and knowledge to the dreamer.
Waking Life is another film inspired by the dream realm
How do Psychics Use Dreams?
Intuitives can use dreams in order to uncover hidden aspects of the future, past, and present. Dreams also provide an easier channel for communicating with the departed. One method psychics use is asking about their client or anything related to the reading before bed. The answers comes through dreams. Some psychics meditate before sleep to ensure clear information comes through in their sleep. Being lucid during psychic dreams can be quite helpful, as it allows the psychic to gather more information throughout the dream and more actively communicate with a departed loved one. Some psychics chose to be more passive while still alert during their sleep session in order to let all the information wash over them. Note that not all psychic dreams are expected. Psychics will often have unwarranted premonition and divination dreams with vital information about the waking world. People who don't consider themselves psychic can experience this as well.
There were numerous reports of people claiming to have dreamt about the sinking of the Titanic before it occurred
What is Lucid Dreaming?
Lucid dreaming means having active awareness and control while in the dream state. This is helpful in communicating with dead loved ones and being able to explore aspects of the dream more closely. Psychics often have cues that show up in the dream to let them know they are asleep, such as suddenly flying or wearing an old wristwatch. Once they are aware they aren't awake, the psychic can do any needed work within the dream.
Decoding Dreams
Dreams can either be extremely direct in their messages or can include symbolism which is to be interpreted by the psychic. Often the imagery will be a kind of code the psychic common uses (eg: a red rose can be a psychic's cue for a loved ones sudden death). Sometimes the imagery will be more personal to the individual being read or a departed soul, and the psychic must use their intuition to discover the deeper meaning. In decoding dreams upon awakening it is vital not to let logic or the need to make coherent meaning skew what actually was experienced in the dream. Often it is important to focus on what was felt in the dream and the sequences of events of the dream to ensure accuracy.
Remembering Dreams
Upon waking, dreams can easily become obscured and harder to remember as the day wears on. To avoid faulty memory from compromising a dream reading, Psychics must review their dreams once they wake up. Recording the dreams details while they are still fresh on the mind is vital to ensuring a reading remains accurate and truthful to what was experienced in the dream. A journal or tape recorder kept within quick reach upon waking up are important tools for these purposes.
Famous Psychic Dreams
Abraham Lincoln was highly interested in the meaning behind dreams. It was reported that the president  dreamed of his assassination just a few nights before it happened. The story goes that on the night of the dream, the president went to bed late. During the dream, he expressed feeling a death-like stillness within himself. While still in bed he heard numerous people sobbing in the White House. He got up to explore the cause of the mourning. He couldn't find any of the mourners at first, even though he could clearly see everything else which was normally in his home during waking life. This perplexed and distressed him. He didn't see anyone until he arrived to the East Room. There he found a corpse on a platform in funeral clothes. The face was covered. Soldiers stood guard and numerous people in mourning. At this point he asked a soldier "Who is dead in the White House?" to which the reply was "The president. He was killed by an assassin." On the day of his murder, members of Lincoln’s cabinet recalled the president mentioning a dream he'd had the night before of sailing very quickly across an unknown body of water. He revealed this had been a recurring dream which would arise before "nearly every great and important event of the War." Lincoln was very interested in the promotion power of dreams.
Julius Caesar's was told by his wife Calpurnia not to meet with the senate on the night of his murder after she had a series of nightmares about his death. She dreamed of the turret of her house falling, his body being carried into the home, and she saw herself weeping over his body. Caesar after initially listening to his wife's dream, deciding to forgo the warning and was killed that night. Calpurnia foresaw Caesar's death, but her warning came in vain.
Learn More
ttp://www.dreamdictionary.org/types/psychic-dreams/