Men Abused by their Partners 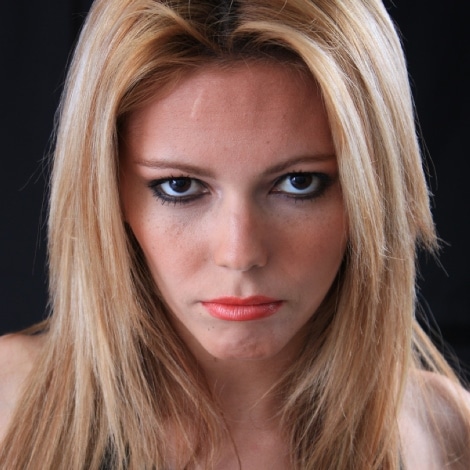 It’s something we couldn’t imagine. Yet it is becoming increasingly clear that men suffer from domestic violence and coercive control. From bullying to manipulation, from emotional abuse to physical assault, it’s not always easy to spot, but it’s happening. So what can men abused by their partners do about it? Can they identify the signs of an abusive spouse or girlfriend before it gets out of hand?

Jordan Worth was recently jailed for seven years for beating her boyfriend, inflicting burns, and stabbing him. Trainee teacher, Worth, systematically bullied and abused her boyfriend, Alex, for six years, since they met as teens at college. She prevented him having contact with his friends and family, and even limited his food and clothing. She was completely in control.

Alex, who suffers from hydrocephalus (a build up of fluid within the skull) will carry the mental and physical scars for life. Worth is the first woman to be convicted under new domestic abuse laws in the UK.

So how can this happen? How can a woman destroy someone’s life in this way? Why don’t these men fight back?

Signs a Man is the Victim of Domestic Abuse

Why Don’t Men Abused by their Partners Just Leave?

Men stay with abusive partners for all the same reasons that some women stay with theirs. They may not even recognize that they are the victims of bullying. They might describe it has ‘henpecked’ and laugh about it, while on the inside it feels like torture.

Misplaced loyalty might keep them with an abusive partner. They feel that they owe them support. This is usually because the bully has brainwashed them into believing that the man is in the wrong, that they are lacking spirit, and that they cannot manage without the bully.

In between abusive behavior, the bully might seem ‘normal’. They may be loving and kind until something sets them off.

The man might not know what to do, how to seek help, or have anywhere to go.

Shame may keep a man with a controlling partner. They simply are unable to admit that the one they chose is not the person that other people think she is. There’s a sort of inverse protection going on.

Similarly, denial that there even is a problem will prevent some men from ‘going public’. They may think there is something ‘unmanly’ about asking for help, or admitting that their partner is abusing them.

What is Coercive Control?

"A course of conduct in which a pattern of violence, sexual coercion, intimidation, isolation and control are used to dominate and exploit a partner and deprive [him or her] of basic rights and resources.

Isolation from friends, family and colleagues is a classic method by which abusers exert control over their victims.

Other characteristics include excessive jealousy, taking away the victim’s phone, withholding food and toilet access, stalking, restricting access to money."

If You Suspect that a Man is Being Abused

Try to talk to him, but bear in mind, for the reasons listed above, he may not be willing to discuss the problem. If possible ask neighbors to report any occurrences of shouting or screaming to the police. Encourage him to seek help from a domestic violence organization. Confronting the abuser is not usually a good idea as she will later take her anger out on her partner.

If You Are in an Abusive Relationship

The first step is recognizing that you are being bullied, abused, controlled, manipulated and/or restricted. While it might seem impossible to reach out, you must know that you are not the only man in this situation. It is becoming increasingly recognized that men are frequently the victims of domestic abuse.

Tell someone you trust what is going on.

If you are in fear of your life, call the police or ask a neighbor to do it for you. If you can leave the home, then do so.

Don’t think that it is your duty and responsibility to shield your partner. They are the ones who are harming you. They don’t deserve your protection or sympathy

Never retaliate. Often the goal of the goading and abuse is to get you to hit them so that they have another reason to threaten you. Leave the room, if you can.

Get yourself an unregistered cellphone and hide it. Use it to call for help when you need to.

If you can leave the relationship, do so. At the same time report your partner to the police immediately before she reports you. Because she will.

If there are children involved, their safety must be your top priority.

Create a plan to leave. Remove important documentation from the home and give it to a friend or relative to look after for you. Try to arrange to have access to cash. Find somewhere to stay. If you have these in place, you can walk out toward a new life, abuse-free.

Resources for Men in Domestic Violence and Abuse Situations