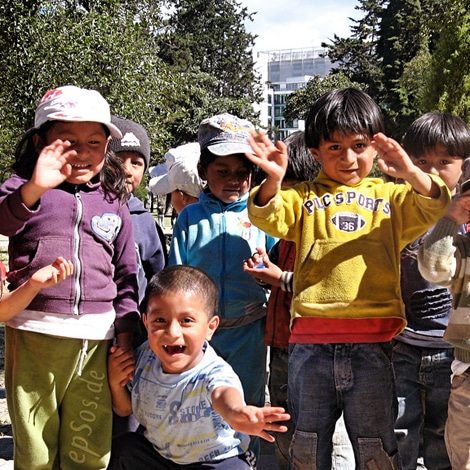 "You don't need to believe in Crystal, Rainbow, Indigo children to know something different is going on. You can feel it! Many people are going through things. People who never had access to their emotional being are starting to tap into it. It can be very challenging for certain people. The intention is completely benevolent!" — Mojan

The "Star" children are everywhere these days. Ancient prophets and modern-day psychics describe three generations of souls. The Indigo, Crystal, and Rainbow children are here to transform the world. It's all about the evolution of the human soul and cosmic consciousness as humanity regrows our spiritual roots. Crystal children play a vital role in the awakening that is taking place.

Together the star children make up a peaceful army of lightworkers. 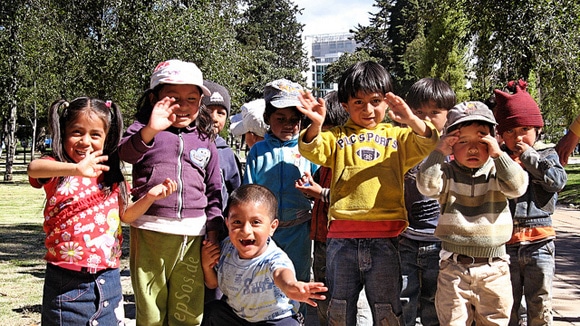 The generation of Crystal children have auras that reflect their powerful energy. They can even change colors when exposed to certain lights. Their auras reflect the enlightenment and strength of their namesake, the crystal. These auras seem almost transparent or resonate with pale shades of blue.

Crystals come in all shapes and sizes. Like a diamond, they can be indestructible. In science, crystals may appear as simple mineral rocks. But when you break them open, it reveals the beautiful complex designs that are a reminder of soul geometry. Clear, bright energy shines around the Crystal children.

It has long been prophesied that the Crystal children would start arriving on earth in the early 1990's and will incarnate in larger numbers through the late 2000's. They are said to be the bridge between the Indigo and the Rainbow generations of metaphysical and evolved souls that are currently inhabiting the earth.

10 Ways to Recognize the Crystal Children:

1. Crystals are ultra-sensitive. They are known for their empathy skills. They are mirrors for other people's thoughts, emotions, and feelings. Like a crystal stone, they pick up the energy of the people they are surrounded by.

2. This sensitivity extends to allergens, chemicals, certain foods, caffeine, alcohol, and sugar. They are more physically sensitive than the Indigos or the Rainbows. When exposed to toxins, they can have flare-ups with their skin.

3. They are affectionate and loving people. In their youth, they may also appear to be needy. They may cling to their parents until they are 5 or 6 years old. 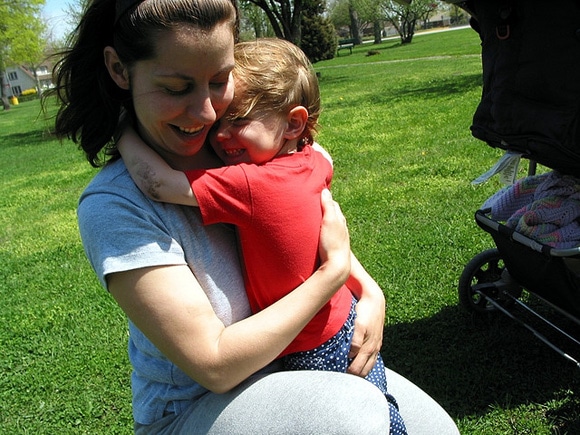 They are huggers and touchers. Often they don't understand the need for personal space or distance in relationships. They need love, and they give love whether you need it or not.

They are nurturers. You can find them working in the garden or at a clinic. They believe that relationships require work. They are constantly in motion working on every relationship in their lives.

Unlike other lightworkers, the crystal generation is rarely isolated. They are not shy. They love people. When they are met by hate or energy that refuses to transform, they may eventually give up and go on to the next person. It isn't easy for them to let go, but they will.

Although they embody the cosmic consciousness energy, they still want to be loved in return.

4. Crystal children are here to clear soul energy and to transform the earth into a more positive and healing sustainable influence. They are experts at re-balancing and recycling yin and yang. They are natural healers, holistic practitioners, yoga instructors, and counselors. They want to make things clear!

5. Communications are important to them. Often they use body language or telepathy to get their point across. Although they are direct and confident, many Crystal children speak late in life. They can be proficient with sign language, music, art, and photography. It's interesting how advanced they are in non-verbal communications skills. 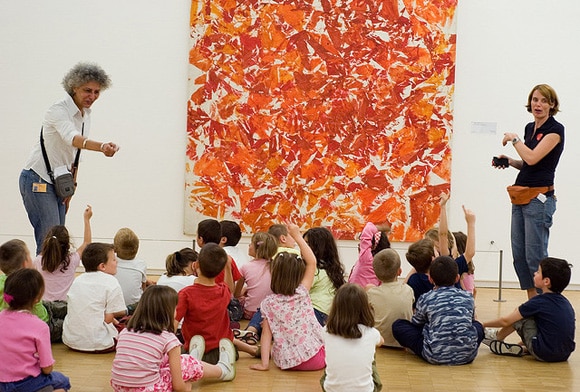 Keep in mind that the crystal kids are the link between the Indigos and the Rainbows. They are all about connecting and bridging and linking.

6. They manifest love and kindness, but there is an intensity that can scare people when they first see it. Remember there are all kinds of crystal rocks. Sometimes the outside doesn't seem to match the inside. Crystal children come in all types of bodies, too. They may not be beautiful on the outside, but in their case the "eyes" have it.

Whether they are as beautiful and mysterious as an amethyst or as plain as the exterior of a mineral rock, the crystal shines through. Either way appearances aren't everything. Crystal children always "feel" beautiful.

Crystal children have intense eyes. Often the colors seem like a genetic mismatch. Speaking of a mismatch, if you have ever met someone with one blue eye and one green eye, they are most likely a crystal child.

7. They vibrate at higher frequencies than the Indigos or Rainbows.
They are often more physically powerful than the other generations, as well.

Children with this crystal vibration reflect negative things back to the universe. This is part of the process of energy clearing. Sometimes they work as energy healers or in more traditional medicine. The important thing is that they have both the soul power and the physical ability to push away the negative. Their very presence can make us feel safe.

8. These souls are sensitive to energy in all forms. They use their natural whitelighting abilities to clear dark energy and send it on its way. 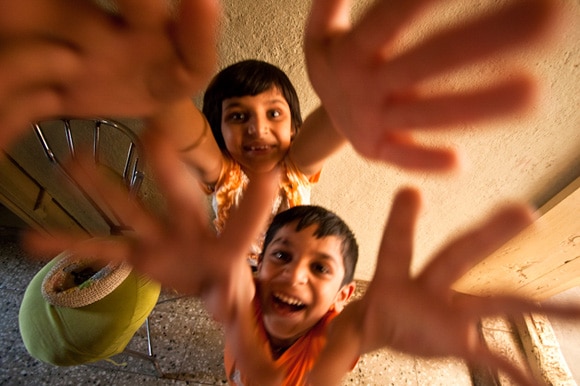 Crystals have trouble with electricity and electronics. Out of nowhere, their phones may go off, their computer hard drive may fry, or the lights may start flickering. No worries – the crystal kid has a highly kinetic and magnetic energy field!

When they are young, limit their computer and TV time. They are just the kind of kid that can get lost for hours on the computer if they aren't monitored.

They are also sensitive to bright lights. They hate artificial lights and may have eyes that are extremely sensitive to unnatural lights.

If lights are a problem for them, heights are not. Few crystals fear heights. They make great pilots and mountain climbers.

9. Crystal children are born without fear. Since this is a fear-based world, the crystal personality may seem out-of-step. Keep in mind that part of their role is to shake up the collective consciousness of our planet. They instinctively try to clear the fear emotion. There are a lot of "hero types" born in this generation.

They avoid high-stress careers unless they get the opportunity to save or comfort someone. Not surprisingly, many of them are in "first responder" professions. 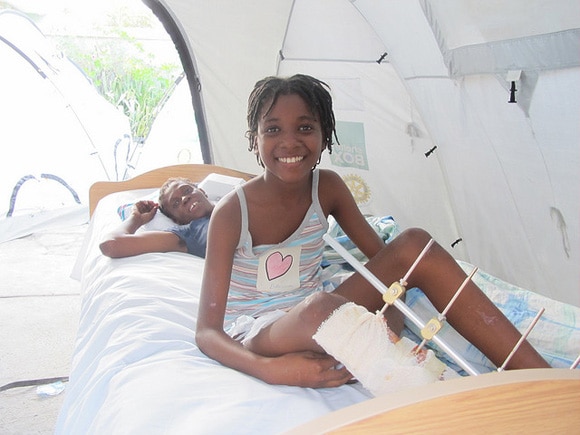 They are not afraid of physical or emotional pain. They believe there is nothing to fear in this life. They aren't afraid of death either. The "Crystals" often show up on the scene when someone dies to comfort those left behind.

10. The strength of the Crystal children will bring in the Rainbow era. They are connecting us to each other and spirit. In the process, they have to transform emotions like fear and hate to peace, balance and love. It's a tough job.

Think of Mother Teresa and her struggles with her faith. Most crystals require constant renewal of their ultra-clean soul energy. If a crystal child gets discouraged, they may lose their power, and the internal light will dim. So nurture them and make sure they are getting plenty of support.

Don't let them stay in a negative environment for too long. Most of the time, they will deflect and purify negative energy, but they need constant replenishment.

Crystals love animals, nature and all sources of positive energy. Surround them with the things they love. They respond well to positive reinforcement.

Like all of the Lightworker generations, the crystals are psychic, intuitive and mystical. Their bridge-like energy makes them great channelers. They have been known to see angels and other spirits. Sometimes they give and receive messages from the other side. 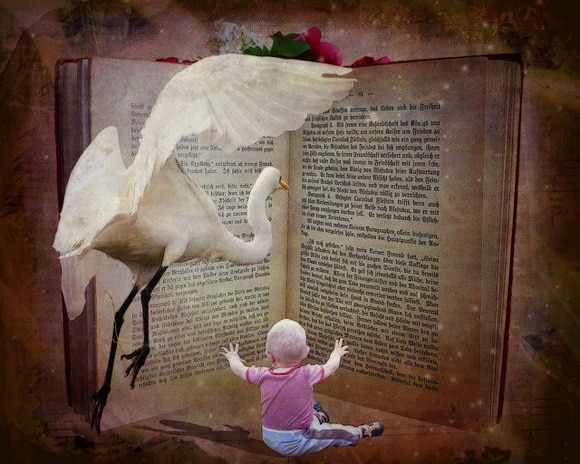 They have powerful "mojo." Their energy vibrations are off the chart. Crystals often show an aptitude for telekinesis.

The good news is the Crystal children naturally gravitate to others like themselves. Their abilities and powers, both as individuals, and together may manifest in surprising ways. They are loaded with "psi" skills and not afraid of anything. So train them young and keep track of them when they are together.

The world's vibration was not always high enough to support the incarnation and survival of the crystal souls. They thrive in the digital age. Whether we are ready or not, they are here.

The next time a child runs up to you and gives you a spontaneous hug, hug them right back. Then give yourself a gift. Look right into those shining, fearless, loving eyes of that amazing crystal child.