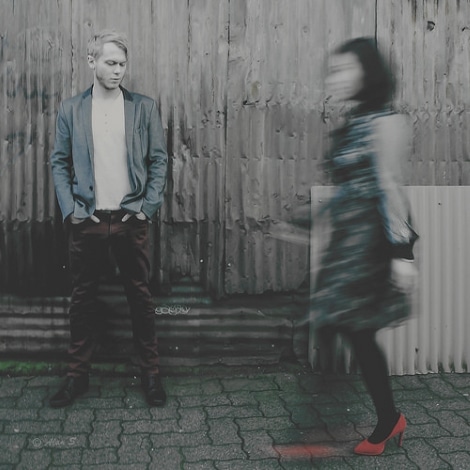 What is synchronicity? Carl Jung put forward the idea that many coincidences (seemingly random, but weirdly connected events) are not coincidences at all but rather, ‘synchronicities’. He developed the term from the word, ‘synchronous’, which means two or more things happening together, in harmony. For example: a conductor and his orchestra are working together, hopefully, in synchrony.

Jung held the view that many random, similar, same-time events, which appear to have no shared causal relationship, have synchronistic meaning for the person or persons experiencing them. 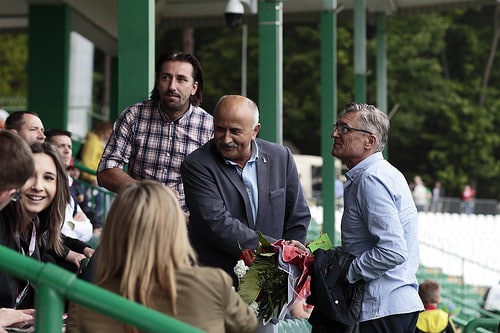 What might a chance meeting mean? Photo Credit: airSnapshooter via Compfight cc

You might wonder how these things can be called synchronicities if they didn’t happen at exactly the same time? You must remember that the other person is acting upon a thought or impulse at the same time although the result, the action, took place a little later. They are close enough to be called ‘coincidences’, therefore close enough to also be considered synchronicities.

What Do Synchronicities Mean?

The meaning of synchronicities depends on the person observing them. If the person is aware and looking for confirmation of a decision, as in the case of the girl visiting South America, then they are incredibly meaningful. On other occasions, it is the action taken as a response to the initial thought, wish or action, as in the case of my step-son and the girl wanting to speak with her friend.

On the surface, there is no way that a mere thought could make another person, many miles away take action to satisfy the desire of the thinker. But we’ve all experienced them, haven’t we? Usually in the form of thinking of someone, and either meeting them ‘coincidentally’, or they call or email us ‘out of the blue’.

Spiritual people are often aware of synchronicities. It reaffirms to them how they are in tune with the universe. For example, if someone thinks of a butterfly and then sees one, then that merely confirms that they are harmonizing with source energy/their deity of choice.

Those who practice magic (not conjuring) view synchronicities as the evidence that their magic is working. Either by delivering the result they desire, or as a confirmation that the result is on its way to material manifestation.

So What is Happening When Synchronicities Occur?

Jung believed wholeheartedly in the ‘collective unconscious’ – a pool of accumulated human wisdom that everyone has access to. He believed that synchronicities are the result of people tuning into the collective unconscious. He also thought that when an event occurred shortly after someone expressed an interest in such an event, it was to do with their psychic ability, either to predict the event or to cause it to happen.

To take a more scientific view, we turn to quantum physics and the theory that any one particle in the universe can be connected to, and affected by another in an entirely different place. All there needs to be is some connection. As all particles are made of energy, and thought is also a form of energy, it is possible that thought alone is capable of making that connection. That would give credence to Jung’s collective unconscious, except that it isn’t merely a field of human consciousness; it is the energy that permeates everything.

How to be Aware of Synchronicities

Simply be aware. Notice if you say or think something and your words are repeated back to you. I find this happens a lot when the TV is on in the background. My partner will mention a particular soccer player and lo and behold, a reference is made to that player. Sometimes within a minute, sometimes a day later, there will be a feature relating to the player. You might think of a movie and then change channels only to catch the tail-end of that very movie.

Whether they are meaningful to you or not will depend on how important it is. To some it is merely an amusing phenomenon, to others, it is a vital sign.

It is very meaningful for myself and my partner, whom I met on the internet many years ago when there wasn’t anything like social media. It was ‘pure chance’ that we were on the same site within a few minutes of each other. He responded to a post I made within an hour looking for a particular person to fulfill a pretend role for a character I was writing about. We discovered that we lived 30 miles apart and had both just left our previous relationships. We’ve been together since that time in 1999. A few hours, or a day later, and he might not even have seen my post as it would have been relegated down the page. Our children might not even exist if it hadn’t been for that synchronicity.