Are You a People Pleaser? Learn How to Set Personal Boundaries 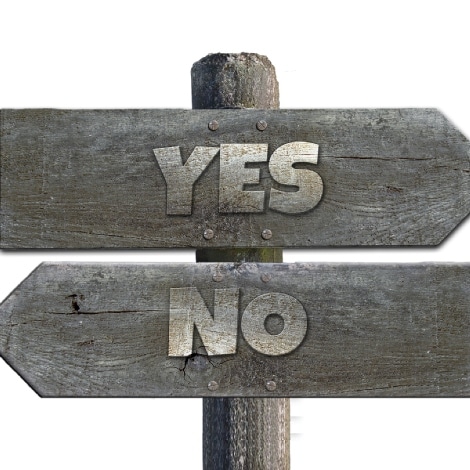 I read a book once which helped turn me into a ‘yes’ person. It wasn’t until much later I realized that I’d made a mistake. The book was all about taking opportunities and saying ‘yes’ to them as often as possible. I thought it meant I had to say yes to everyone in order to be polite, socially acceptable, and to please the other person. I’d somehow connected the idea of positive “Yes!” moments with the upbringing I’d been given at my grandmother’s knee: little girls are supposed to be nice. Always. In other words I turned into a people pleaser. Boy, was I wrong.

I ended up stressed and feeling out of control. Agreeing to take on extra work, making play dates for my son that meant half a day’s cleaning, doing everything for everyone. Instead of making the most of any opportunities, I found myself struggling on all levels. If I managed to wiggle out of an invitation, I felt guilty because I made up some sort of excuse in order not to hurt the other person’s feelings. I felt guilty because I was unable to live up to the high expectations I’d placed on myself. My frustration caused me to snap at my son and, of course, I’d feel even guiltier. Then I found another book, “When I Say No, I Feel Guilty” by Manual J. Smith. Thank you, book club. 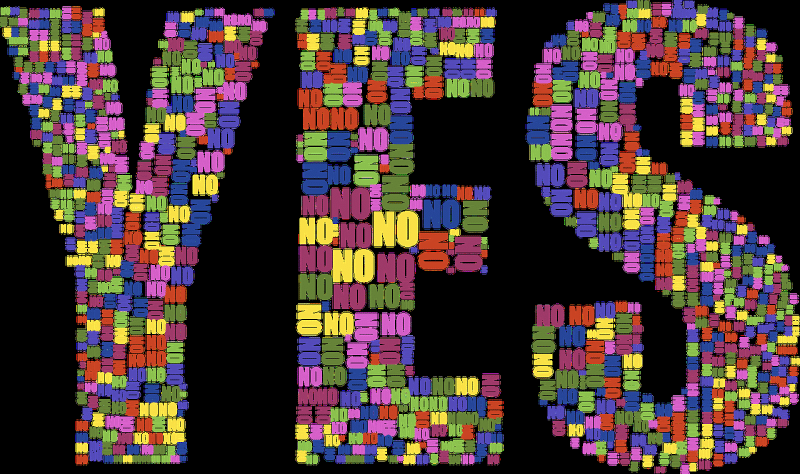 We Are Born With Personal Boundaries

The author explained that, as children we have a natural assertiveness. We were able to say no without having a bad case of the guilts. Babies are quite able to let their parents know when they are unhappy and not feel bad about it. We have inbuilt personal boundaries. It’s our upbringing which overrides them and turns some people into people pleasers. We just want to be nice people.

My second son was one of those “No!” children. One of his first words was “No!” He said it so often and so automatically that I was embarrassed. Isn’t that crazy? I was embarrassed because my kid wasn’t a people-pleaser. He was two-years old. It was much later that I understood that he had every right to express his no-ness. He knew his boundaries. Of course that didn’t stop me trying to guilt him into positivity.

How We Become People Pleasers

Not everyone becomes a people pleaser. It depends on our own feedback systems. For example, my grandmother looked after me while my mother worked. My grandmother had high expectations and I loved her to bits, so my natural tendency was to try to please her by adapting my behavior, my words and attitude. She taught me that politeness and consideration was everything. Unfortunately she omitted to tell me that I should expect consideration in return. I felt small and unimportant.  My natural boundaries evaporated.

What Are Personal Boundaries?

Personal boundaries are the limits that we place around ourselves in relation to other people. They include verbal, behavioral, sexual, and spacial limits. You know what it feels like when someone you barely know gets into your personal space. It’s a horrible feeling and you usually, automatically step backwards in order to restore your space. Or when someone makes an off-color joke which causes you discomfort because it oversteps the mark of your personal morality. Or when your boss asks you to work late once too often.

Personal boundaries are connected to our idea of what is and isn’t acceptable to us. In the case of people pleasers, we consistently allow other people to pass through those boundaries—if we have any at all. We laugh when someone with bad breath comes in too close. We inwardly sob when the boss asks for just one more late night this week, while outwardly eagerly agreeing. So how to set about rebuilding the personal boundaries we were born with?

Make a list of all the times you felt guilty or inadequate because you didn’t meet someone’s expectations. If you can’t remember every little incident that’s okay, just keep it general. For example:

Decide your limits. For instance, from now on you won’t permit:

Don’t stop there; think about all the occasions when you felt your boundaries were ignored and add it to your list.

You have the right to:

Again, don’t stop there. Add in everything you can think of that you are entitled to. If unsure, take your friends or sister as an example. 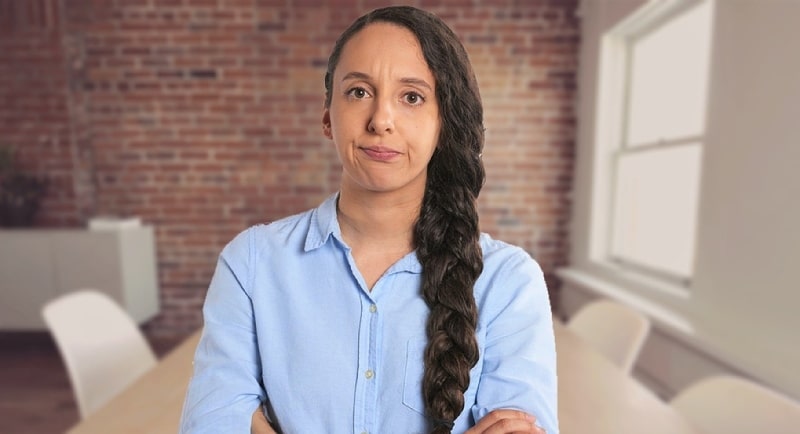 It’s all very well to create new personal boundaries but the difficulty is in asserting them. After all, lack of assertion was what caused the problem in the first place. The idea of using certain words and phrases goes against your ingrained response system.

How To Defeat Guilt

Feeling guilty is something to tackle on your own. Remember that whatever the request, you as a human being, have the right to refuse. Guilt is an energy-sapping emotion. You don’t need it. You can decide in the moment that you won’t feel guilty about your decision or your words. You haven’t hurt anyone, you have simply stated you don’t want to do something. It’s no big deal. People will soon learn that you are no longer a doormat. You are no longer a people pleaser.

“When you say “yes” to others, make sure you aren’t saying “no” to yourself.”  – Paulo Coehlo

4 Ways to Set and Keep Your Personal Boundaries